The schematics of the converter is interesting too:

OPAmp LM386 is the sound output amplifier of the Oric and here another one LM386 is used in an unusual way - as generator for the charge pump of the negative voltage.
(I made such converter to supply with -12V an Apple][ disk and it worked fine, but later I changed it to a better one from China

But let's go back to the PSU

Previously I've posted in this thread picture of my Oric+Microdisc PSU in bad condition.

And here is my Telestrat PSU in even worse condition: 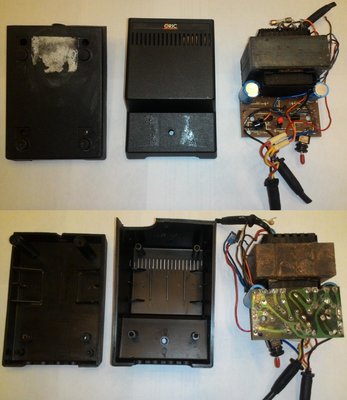 Unfortunately I've got it as in the picture - all wires are cut, the transformer is in rust and what can't be seen - is the smell

But I think I found good solution for replacement which can be adapted as universal supply for more disk drives too.
Stay tuned for pictures

Hi, I'm trying to test a Telestrat, but I forgot which plug goes where.
As stated before in the thread, each plug can go in the Telestrat, or the Microdisc

I have the same plugs than Dbug's ones, if I understand correctly the one that has "less plastic" goes in the Telestrat, at least for his PSU... Do I take the risk?
The attachment IMG_1415b.jpg is no longer available 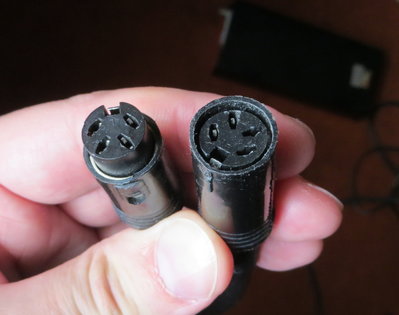 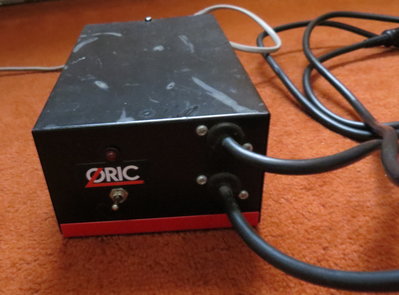 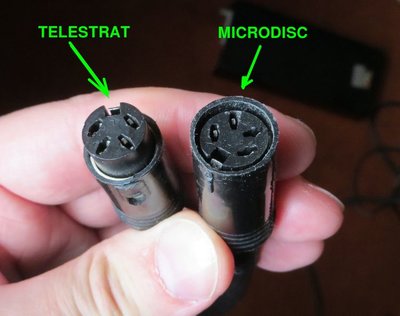 Very interesting PSU - the box is painted metal, right?
If so I have 2 (ot maybe 3) boxes the same design but for floppy drives. (will search them and if found will post pics).
Top

Thanks a lot, once again!

I'll take note on a paper that will remain in the PSU box, for later.
PS: actually one could have said that the plug under the other is closer from the power switch... And it's also the one that has "less plastic"!
Top
Post Reply
21 posts